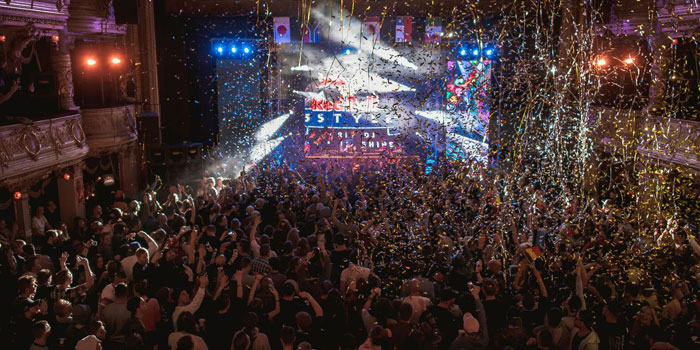 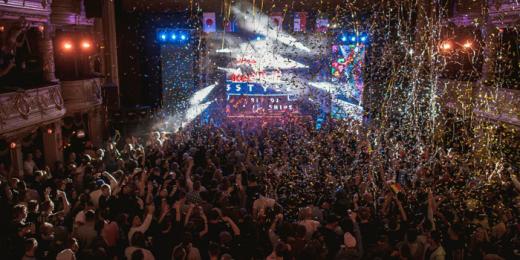 Joining Cam B, Diego Zapata, DJ Cross and Ryan The DJ in tonight’s final will be...

DJ Rina from Japan and Damianito from Italy!!

Tonight’s setting for this year's red bull 3style world final is the Teatr im. Juliusza Słowackiego. This place is super impressive. A huge theatre which surely hasn’t seen the likes of a world championship DJ final before. It is perfectly fitting though and is the ideal backdrop for tonight’s competition.

Queenz Of Steel, a DJ duo from Warsaw, Poland are on warm-up duties and they set the tone nicely. There is a palpable excitement in the air tonight! The middle tier of boxes in this theatre has been overtaken by all this week's DJ’s and their guests. There are many discussions about who the winner will be tonight, and everyone agrees on one thing. It is too close to call. Will the DJ’s do the same 15 minute set as their qualifiers? All of our questions are about to be answered.

First to take to the stage tonight is Chile’s, Diego Zapata. The first half of his set is a hip-hop heavy mix that gets the crowd hyped! He had an impressive array of technical skills and knows exactly how to balance this while letting the music breathe.

He heads into drum and bass for the final phase of his set, Pendulum’s remix of The Prodigy - Voodoo People absolutely tearing the roof off. A really great start to the competition.

Belgium’s DJ Cross is up next. He has been my favorite so far during the qualifiers. Can he deliver tonight? His set is super clean but despite being just as dope, doesn’t appear to have the same impact as the qualifier round. However, he pulls something new out the bag. To a soundtrack of The Prodigy - Firestarter, he lights his control vinyl on fire. Yep, that’s right. The owners of this majestic theatre must have been losing the plot at the sight of that! The crowd absolutely love it though. He ends his set by SOMEHOW triggering a cascade of confetti and party poppers in the crowd. He must have a whole team in the venue working with him. What. The. Hell!!!!! 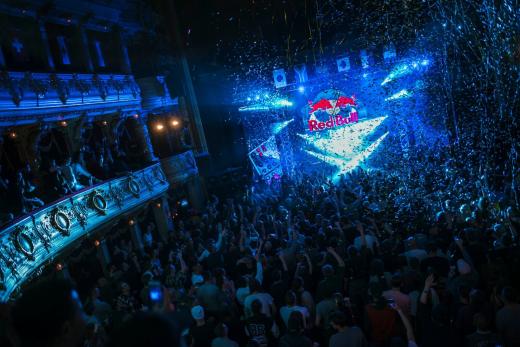 South Africa is next up. Ryan The DJ won the final qualifier last night so he must still be on cloud 9 from that win! His set is just as tight as last night. Bouncing between genres effortlessly. Some impressive tone play gets him from house to hip-hop without you even noticing. A really dope set!

Next up is Italy’s Damianito, one of our wild card winners from the qualifiers. One of the stand out moments for his qualifying set was his talk box section. I felt his part of his set went on too long, but tonight I feel he timed it a lot better. The rest of his set is frankly seamless and flawless. It is high in technical skills, which makes that even more impressive. There is talk amongst our group that Damianito is a real contender tonight. He ends his set with what must be a polish song because the crowd is firmly on his side after this!!

The 2nd wildcard, Japan’s DJ Rina steps up. Rina’s stage presence throughout her set really captivates the audience. She seems to know exactly how to keep a crowd’s attention. Finishing her set with Oasis, unfortunately, the ending doesn’t quite have the same impact it did in the qualifier. This is a shame, as she ended on a high during her set on Thursday. Regardless, she is a strong contender for tonight’s title.

The final DJ tonight is Cam B from Canada. Cam B won the first qualifier of the week. This means he’s been able to watch all the other qualifiers and winners leading up to tonight Final. Would this be an advantage... or not??? His set flips from between genres, always coming back to hip-hop. He covers the old and new school, which I think works extremely well. He juggles Jay Z - So Ghetto then juggles this track into the melody to blister in the sun. Flawlessly! It’s really clever, and goes down well with the crowd AND judges! Following this is his Clipse "Wamp Wamp"/Rage Against the Machine routine. This is possibly my favorite single routine of the week. Dope stuff!

Craze and Four Colour Zack, aka 2 cents, treat us to an absolute beast of a set, reminding us why they’re 2 of the best DJ’s on the planet. 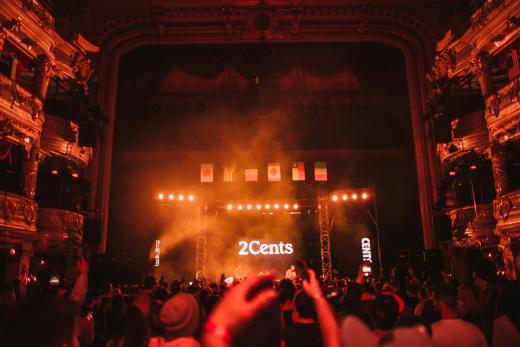 Now it’s time for the announcement of tonight’s winner. First of all, it had to be said that this is not a clear-cut decision at all. Everybody sat in the guest area who I discussed this with picked a different winner. This really could go to anybody tonight. Third place goes to Cam B from Canada. Second place is Cross from Belgium. And tonight’s winner is... Damianito from Italy! 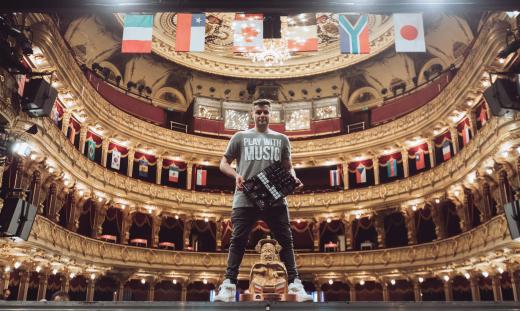