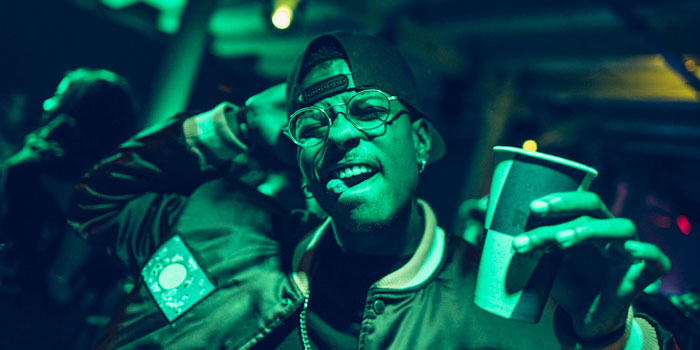 The third night of qualifiers at the red bull 3style world finals was kicked off by Aleqs Notal’s dope selection.

Roxtar from the Czech Republic was the first competitor. Rocking the new Denon VL12 turntables, he treats us to a skill and vibe heavy mix of everything from old school house to 90’s hip-hop! He completely tore the roof off and had the crowd eating out of his hand by the time his set concluded. What a start to the night!!

USA was up next with DJ Ease. Beginning your set with a Fatman Scoop dub show you mean business! A dope clean set of hip-hop and dancehall niceness followed. Ending his set with some DnB got the crowd losing it.

Talisa from Indonesia is the first of two female competitors tonight. I don’t think there is a genre she doesn’t cover! Moving effortlessly from pop to hip-hop and even some UK bass. She had some technical difficulties midway through but the crowd was on her side and she came back to finish her set with pure class. Some dope pad drumming with the acapella to Pharrell - Happy to cap it off perfectly.

DJ Cross from Belgium takes to the stage and shows his immaculate skills immediately. Drum and bass make an appearance early in his set, as does a KRS One dub! He has a special version of Step Into A World with his name all over it. Impressive stuff.

The rest of his set skips from House of Pain to Spice Girls To Will Smith. He makes it all completely coherent and full of technical skill. A flawless Billie Jean Beat juggle follows which goes down amazingly well.

An old skool jungle and drum and bass section absolutely tore the roof off!!

It was an incredibly tight set and will take some serious competition to top it tonight.

Whatdatfrog representing Thailand took to the stage. With a seriously upbeat set taking in some old gems. Prince, Michael Jackson and Luther Vandross amongst others. He keeps the classics coming and shows lots of flair and keeps the crowd for the whole set.

DJ Emess from South Korea is our final competitor tonight. She comes in strong with some heavy trap and some slick cuts. She skips from dancehall to hip-hop effortlessly and even fits in a juggle with Ludacris - Roll Out on 45rpm!

Judges and past champions then took to the stage, beginning with Shintaro rocking a surprising amount of UK Garage.

Flipout took to the mic to call all of the competitors onto the stage so that we could hear who would be joining Cam B and Diego Zapata in Sunday’s grand final!

Tonight’s winner was announced, and DJ Cross is tonight’s champion!! His set blew me away in all honesty and he deserved to win tonight, amongst a seriously solid set of competitors.

Nina Las Vegas and Four Colour Zack then saw the night out before everybody got shuttled back to the hotel late into the night...