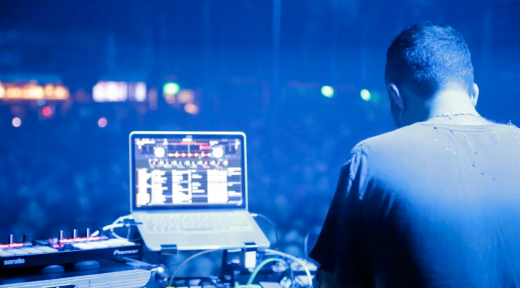 As a DJ, the booth is probably the most important physical location on Earth, at least while you’re doing your job. It’s your workplace, and an area that you are entrusted with to create (and KEEP) a vibe going for as long as your set allows.

We asked some of the DJs here at Serato HQ for their advice. Here are a few handy tips to make this space work for you, so you can deliver a killer set.

Having some of your crew with you in the booth can be fun and while they can help hype up the crowd, you have to be careful... Don’t overpack the booth. Having people bumping into you while you are trying to mix won’t make your job any easier.

Make sure your friends aren’t overdoing it on the drinks! You don’t want anything spilling on the equipment or yourself. Use common sense and be the boss, it’s your workspace not theirs.

Often you will find the club’s amps and/or limiters etc. inside the booth itself. As tempting as it may be to try and get a little extra volume, resist the urge to touch anything. They have generally been set this way for a reason. Being in the club for a long period of time can lower your perception of how loud things actually are as you get used to the environment so try and remember that it's probably not any quieter - it's probably just later.

If the club has an engineer it's a good idea to get to know him. Getting this person on-side is a good start to sounding on-point every night.

Every single DJ that has ever stepped in the booth has been asked to play "my soooonnngg pleaase". While this can be infuriating at times, it's good to try and be polite. Depending on the type of party you're playing you might be pro / anti requests - either way, it's a good idea to try and not start fights because of it.

If anyone tries to get in the booth, remind them that you're working! Try and let the bouncer know, or the club/bar staff that you don't want anyone coming into the booth or getting too close to where you're working so they can help you out.

Fun is infectious and as the DJ, you are often the focal point of the room. If you're having a good time, it will help encourage others to do the same. It’s up to you how far you want to take this...

Finally, you want to be respectful of the booth and who-ever is working there. This also includes other DJs who may be playing before or after you. If you have to set gear up, try to be as non-invasive as possible and be careful you're not getting in the way too much. Make sure you've learned how to connect your gear / change over so it's second nature. You want this process to be as smooth as possible (read more about DJ changeover here).

Do you have any personal rules you bring to the booth? Lets us know below.