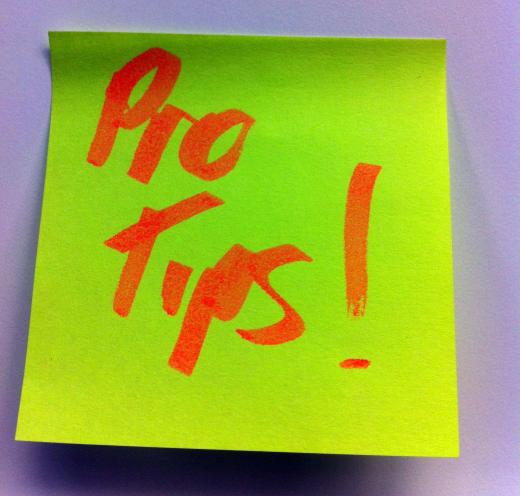 Last week, I asked the crew here in the office to give me their best Scratch Live, Serato DJ, Serato Video tips and tricks. With the fantastic prize of a KFC lunch with myself, I put these to Twitter to see what was the most popular. There were many more that didn't make it to the Twitter feed so I thought id share them all!

"SHIFT + CTRL/Command + UP/DOWN - This lets you scroll up and down your crates without moving focus from the tracklist. For example if you are scrolling through a crate with your keyboard, and you want to quickly jump to your 'Club Wepinz' crate and scroll through that, you can just press SHIFT + CTRL/Command + UP/DOWN to jump to it, then carry on scrolling like normal through the tracks. It's a pretty rad/unknown feature."

"Make a crate from the set you just played using the History feature. Dragging a list of tunes you just played from History to the crate button makes a crate of your set."

"Command/CTRL + SHIFT + F to search all when you're in a crate."

"Command/CTRL + Z, perfect when you accidentally load a track into the wrong deck... The track even continues playing where you left off before accidentally loading that miley cyrus track."

"Trancifier... ALT + T for left deck, ALT + G for right. Hit loop off shortcut to stop it. This is an easter egg and not a proper feature by the way :)"

"A little video trick. Command/CTRL + Associate locates the associated video in your library."

"Command + R. I use it often while sorting out music files."

"I use !!! points for my 'star' ratings, and then have smart crates that pull these characters. Instant hit finding..."

"BPM half double trick. Double click on the BPM field in the library so it goes into edit mode, hold the alt key and then use the up/down arrows to either half or double the BPM. Works on multiple tracks."

"Selecting multiple tracks or a crate an dragging to the SP-6 auto loads to all slots."

"I think the best trick, and one that I use more than anything else, is Command + L. This jumps your library focus straight to the track that is loaded (once for left deck, twice for right). This is extremely useful for 1) Getting back to where you are up to in your crate 2) Quickly performing an Instant Double 3) Jumping back to the BPM you are at (if you sort by BPM)."