It’s pretty easy to produce nowadays... but it’s really hard to see original and authentic music. We try to just be ourselves.”

True to the modern tale of musical partnerships, Tropkillaz met on Twitter. DJ Zegon and Andre Laudz didn’t even mean for Tropkillaz to happen - it just kind of did. But fast forward five years, and the duo are now giants of Brazil’s bubbling bass music scene.

Back in 2012, when they were still swapping tracks online, the two had converged from different generations but a similar mould. While DJ Zegon (formerly of N.A.S.A & Planet Hemp outfits) was a fixture of Brazil’s hip hop sphere, Laudz was emerging from a new generation of electronic beatmakers working with up and coming MCs. Despite the generation gap, the two clicked and began regularly making beats together, with their trap refix of “Mambo Italiano” propelling their name into the global arena.

They've earned some impressive stripes throughout their prolific career, with releases on Mad Decent, Dim Mak & Crispy Crust, and collaborations with 4 Color Zack, DJ Craze & Fatman Scoop. Serato was lucky enough to get them on board with an exclusive live production routine. Check it out below! 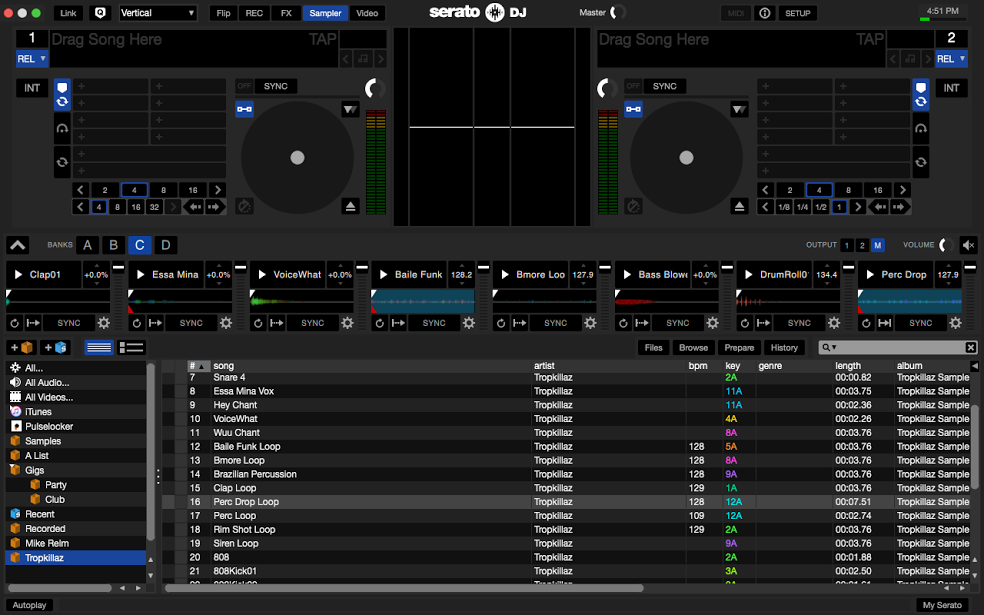 Make the most of the 32 slots available in the Serato Sampler and remix the Tropkillaz track ‘Essa Mina’ yourself with 34 sounds, samples and loops exclusively from Tropkillaz.