Day 3 began with an early start and a well needed large breakfast. We got home late/early from Sonar by Night, but were keen to go check out the last day at Sonar by Day.

First we headed along to the Hepcat Radio show live from Discos Paradiso, where the lovely Mamiko Motto had some of her friends (including Hudson Mohawke, The Blessings, Lunice and Spencer) broadcast live from the record store.

Pretty cool place to have a radio show - we listened to loads of good people play small sets, and got to buy vinyl at the same time. Yes please.

After a quick bite, headed back just in time to see Jackmaster play at SonarDome and it was packed out. Not hard to see why - he smashed it. He played all sorts of stuff, playing stuff from Chaka Khan, Ramadanman, DJ Technic and Aphex Twin, but when he played Teardrops by Womack and Womack, I lost my mind. Sorry to the people trying to dance around me when that tune was on. Hard core party set, can't wait to be able to catch him again somewhere else. 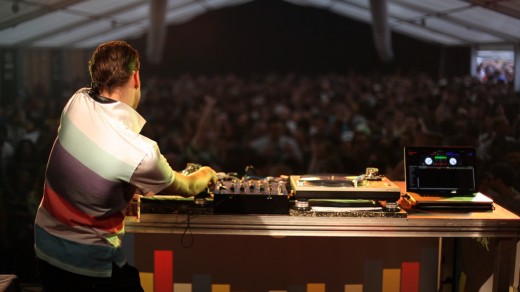 Headed to the LuckyMe showcase last night, but weren't allowed to take photos sorry (dumb). All I have is this (shitty) photo of a mysterious hippo called John Computer: 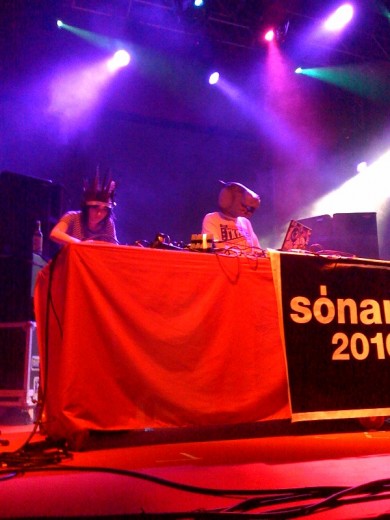 Heading to the Numbers Off-Sonar party tonight, sure to be good times with the crew. Mas pronto!