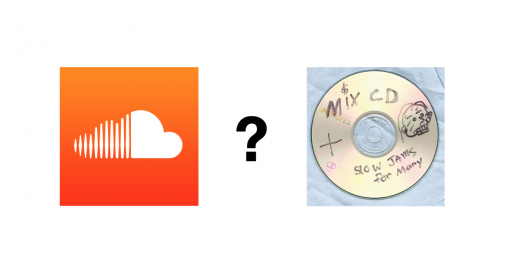 Soundcloud has been in the spotlight over the last couple of days around claims by Digital Music News that it was planning to remove / block all uncleared DJ mixes. There's been a statement issued by Soundcloud denying this subsequently but are your mixes still safe? Is this a good place to host your DJ sets?

With many high profile artists reporting content being removed / accounts being deleted, there's been a lot of interest in the future of the platform with music licensing becoming a real issue for both producers / remixers and DJs (who form a large proportion of the total user base and helped popularise the platform).

Since then, Soundcloud has announced a streaming subscription service "Soundcloud Go" in a bid to bring together the mainstream hits and albums many people look to other services for, with their underground, unreleased content bubbling up from the depths of their servers, continuing to be the platform for future stars - where internet music comes from.

Recently, Digital Music News leaked a story from "a source close to the company" mentioning plans for Soundcloud to remove DJ mixes that aren't fully cleared - something that has already been happening for a while but would affect a huge proportion of the user base.

Since this story broke a few days ago, Soundcloud has issued the statement:

"The story has no truth to it. At SoundCloud, we’re on a mission to create a place where all creativity can live. SoundCloud’s creator community, including DJs, is incredibly important to us.”

While it looks like there may have been a bit of a rumour mill brewing, DJ mixes are a notorious grey area for music licensing and walk a fine line between promo / copyright infringement. Until there is clarity around this once and for all, we'd recommend using a service that has known agreements in place with major labels so your content stays up!

Mixcloud is a great choice and also has some cool integration with Serato DJ. Read more about this here.

We are interested to see where the direction of this goes, and how Soundcloud plan to integrate DJs into their long term plans for the platform.

Where do you currently host your mixes? How do you think this will develop?