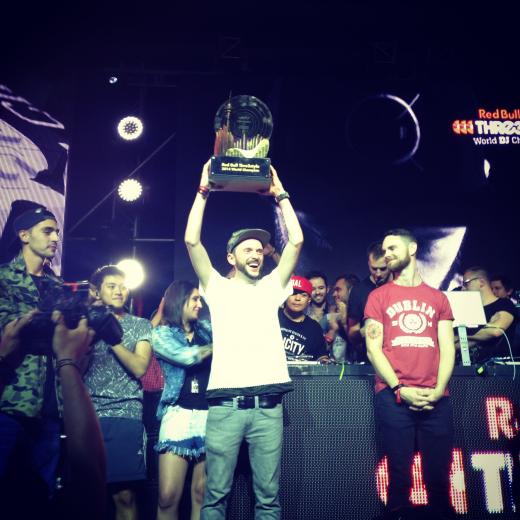 The grand finals! The day everyone had anticipated and prepared for. Most, if not all contestants were locked away in rehearsal rooms or hotel rooms, fine tuning their sets.

The day had begun with an announcement for the 2 wildcard places being drawn on the beach in front of the Ramada. Ireland's Flip and hometown finalist Twist were obvious choices and would make for good competition this evening.

The venue for the finals was the majestic Crystal Hall situated by the seaside. This was the first and only non-smoking area I think I'd been in since arriving in Baku, which was a welcome change. It was so new you could smell the freshly cut wood still. 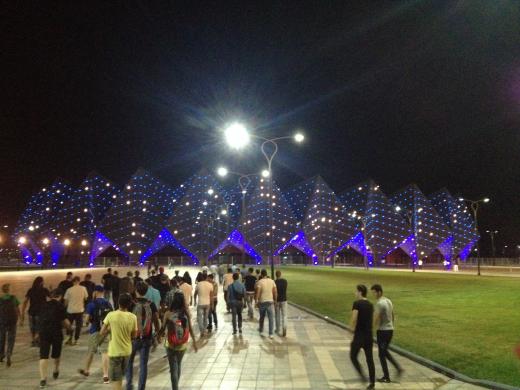 Karve set the evening off to the right tone. Exquisite tunes like Class Action - Weekend, and more were a fantastic contrast from the coming onslaught of party bangers sure to be run through later on.

Krafty Kuts played his flavor of hyped up breaks mixed with old school rap anthems that he's so well known for along with his trade mark drops samples.

Following Krafty Kuts, was Shintaro (2013 champ from Japan) who again came with a well curated set tastefully augmented with scratching and clever blends layering drum breaks and other cool techniques adding to a high energy start for the competition to begin. It's great to see how Shintaro's performance and confidence has improved since winning the finals last year as opposed to getting comfortable being reigning champ.

Flip was the first of the two wildcards to play, playing a funky set with great crowd response. Blending highlights from his previous set but adding new elements, he made sure to throw in some drama calling out each competitor with a custom diss for a strong finish.

DJ Twist performing for his hometown had a lot of pressure to do his people proud and bring the title to Azerbaijan. He brought a refined and updated set that was naturally tailored for crowd reaction. He had precise cuts and tasteful wordplay which displayed his ability to perform under pressure. This I felt, was much stronger from his set a few days before. He might have had a few points taken off for a cliché track or two but the crowd surely did not care and it was early enough to get away with it. 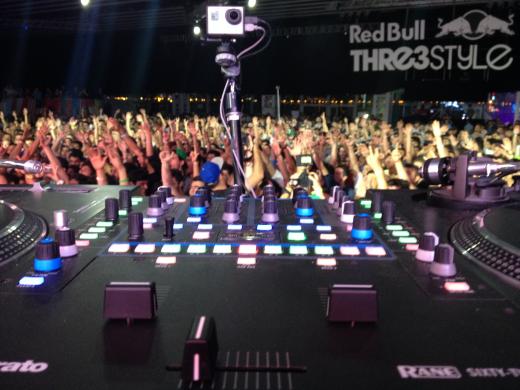 With a less high energy set, I felt that Trayze may have done better sticking to his previous winning set rather than bringing a completely new one to the table. Although it was good, it didn't resonate with the crowd. Without a doubt the technicality was there but it was a little too specialised for the Baku crowd. Towards the end it picked up and there were some clever shots fired at Brazil and the Philippines.

For the record Trayze played a bunch if my favourite tunes Which would have served him very well stateside.

Forever surprising and entertaining, Brazils DJ Cinara came with a pitch perfect melodic set which was musically on point, with great song choices that resonated with both the crowd and judges. She was careful to not overdo it providing a well contrasting subtle, yet well paced and suspenseful set. Making the wise choice of taking the best highlights of her previous winning set, she was fierce competition for the rest of the finalists. If there was anything that held her back it would have been her stage presence, which although didn't seem nervous, could have been a bit more confident. Finishing up with a little Baile funk, cool blends and some inside jokes, it was again probably the most well rounded sets of the whole competition.

Returning world finalist Eskei83 ripped right out the gate in to a well balanced, highly technical and unique set with a great variation of classics, genres, party starters and other exciting tunes. He too took the highlights from his winning set and incorporated fresh and exciting elements. Coupled with an electrifying and precise performance, he was determined to remove any doubt of him taking the title this year. Of course no Eskei83 set would be complete without a custom dub which really added the individually he needed to secure the title  and add an epic finish to his outstanding set.

Carlo Atendido had a huge responsibility to follow up with a performance to make as much of an impact. Without taking into consideration the tracks that would have tired on the audience he started off slow, but wisely didn't let it phase him and ran his set of party bangers and tone play which was performed with flair and the magnetizing positivity that earned him his spot in the finals.

Using a sample of Z-Trip from one of the weeks seminars he directed his attention to the judges to showcase his body tricks and beat juggling. Not neglecting the crowd he had them engaged with smart song selection and finishing with an Azerbaijani anthem and waving the countries flag to roaring applause! This maneuver had so much impact it could be the single element that had the ability to sway the judges opinion. 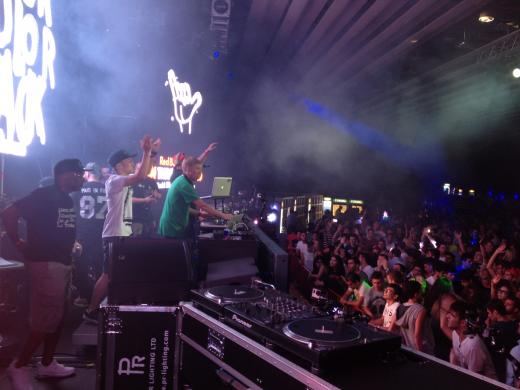 While the judges went off stage to make their decision, the crowd was treated to a back to back set by the 2011 and 2012 champion combo of Hedspin and Four Color Zack. The chemistry between these two is awesome. They started off the set with Hedspins big tune of the moment, Mobbin, and continued dropping gems with ease and a few jokes as you would expect from the good friends

Jazzy Jeff and Skratch Bastid have a similar rapport and gave an outstanding performance yet again, followed by Z-Trip dissecting  the parts of organ donor only to rebuild again live.

The announcement of the winner was finally ready, and with every participant and judge on stage, it was first announced that Carlo Atendido would take 3rd place followed by DJ Flip taking second, leaving a clear winner, Eskei83!

Eskei who had worked so hard at his set was clearly elated with the decision and threw the trophies high in the air. He took in consideration the home crowd and took the opportunity to thank hometown finalist, our host and his good friend Twist for his contribution to the competition and his incredible hospitality that he displayed to all of us at many times over the past week.

The night continued on with pretty much every judge taking to the turntables playing great boogie, funk and soul and pretty much whatever they wanted.

Congratulations to our good friend and longtime Serato supporter Eskei83!

Thanks for tuning in… until next year! Now for a good nights sleep finally.