Lets start this off by mentioning that it was Skratch Bastids birthday! Happy birthday to our good friend. After breakfast we set up an Akai Pro AMX by the pool so everyone could have a jam. This is the best part of the world finals week for me. Everyone who is here is really keen to talk shop, learn about new techniques, new gear and music! It's a real nerd out in the coolest way. Egos are set aside and everyone from the legends to the competitors hang out and just take it all in.

The afternoon consisted of a seminar presented by the Invisibl Skratch Piklz, who really need no introduction. D-Styles, Q bert and Shortkut showed us some rare battle footage of Q bert in ’89 showing that Q bert was already doing things that people still aren’t up on over 25 years later! It was a great presentation of the history of Scratch DJing and turntablism, which they really pioneered. 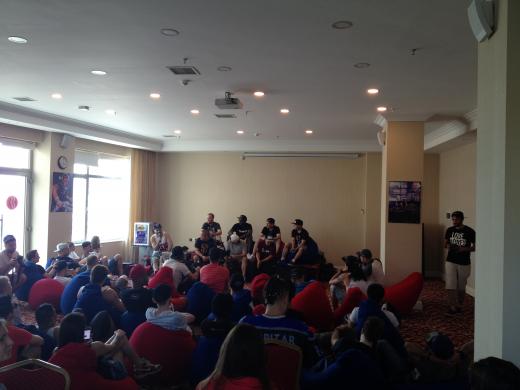 The venue for the night was the Baku Jazz centre. The night started with Chile’s Bristep who used interesting synth plugins to orchestrate a unique hybrid musical performance slash DJ Set. Canada’s C-Sik had in my opinion the most technical and well executed set. He performed with ease and used clever wordplay and unpredictable track selection. Norway’s FMC won the local crowd over by playing a big local anthem and remixing it with flair. Finally, Carlo Atendido from the Philippines really hyped the crowd up with big hits and clever tone play and looped the intro from Noreaga’s Street anthem “Superthug” to repeat the line “From the Philippines” over and over whilst dropping “this is how we do it” to great response (you get it right? “this is how we do it in the Philippines”) 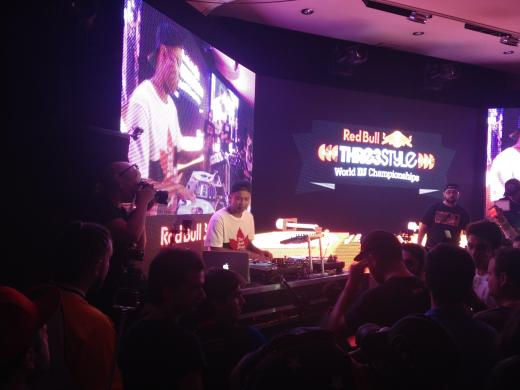 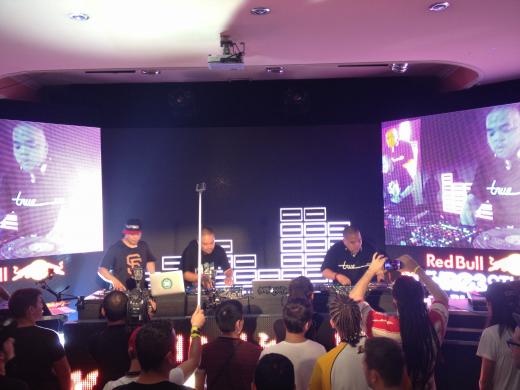 It was then time for the headliners Karve (former RB3style champ from Paris) and a performance by the Invisbl Skratch Piklz while the judges made their decision.After the headliners blew everyones minds, it was decided. Carlo Atendido won, and would advance to the finals. Lets see what he’s got ready for the big day!

You can listen to all the sets from the first night of competition at the Red Bull Thre3Style home page.