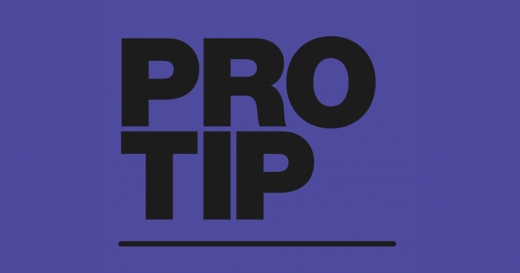 Hello everyone! My name's Logan, I'm one of the Product Planners here at Serato. I'm also a DJ. I know the software quite well. I want to share a few little things in Serato DJ that I couldn't do without.

This might be the best thing that has ever happened in life. When in your library, press CONTROL + L on your keyboard to jump you highlighted track focus to the track that is loaded to your deck. Press it once for Deck 1, press it again to jump to the track loaded to Deck 2 and so on. That might not sound that amazing but it's insanely handy. For example you're in a large crate, and you are sorting by BPM, and you scroll really far away, then you're like 'actually nah I'm going to keep it at this tempo', BOOM just press CONTROL + L and you'll jump straight back to where you were in the library which was the last loaded track. (Which is A$AP Ferg - Shabba 60 BPM)

This is the funnest thing since Loop Rolls. Load up Pitch Looper, set your beats to something small (1/2 - 1/8), and set your depth knob to 12 o'clock. Then turn it on and turn the depth known down the full left. It gives a breaker type effect, and sounds awesome on snares. Make sure you always start it from 12 o'clock though and turn it up or down.

Note: Pitch Looper is one of the effects in the Back Pack, which you can purchase from within the 'Online' window of the Serato DJ application.

ADDING A SONG FROM iTUNES

I don't have 'Show iTunes Library' on because I organise things differently there than I do in SDJ. But when I purchase a track from iTunes and I want to get it into SDJ the quickest way is to just jump into the Setup Screen, enable 'Show iTunes Library', open the 'Purchased' playlist, and just throw the track into a SDJ crate. Now when I go and turn 'Show iTunes Library' off, the iTunes library will disappear except for the file(s) that I added to a Serato crate. Sound obvious but it's just a quick way of adding only certain iTunes songs into your Serato library really fast.

Lets say you're scrolling through tracks in crate with the keyboard arrows, and you want to scroll through a different crate. You'd have to use your mouse and click on the new crate, then click on the track listing again, and then start scrolling. A first world problem sure, but a really quick way of doing this is just using SHIFT + CONTROL + DOWN/UP. This will change what crate you are scrolling through without moving focus from the track list area. Great trick if you are using hardware that doesn't have library control. Give it a go and you'll see what I mean.

Echoing out is pretty much the Basketball layup of the DJ world. Standard as. Combo Fade Echo is awesome for performing a nice clean echo out. Just set how much Low-pass or High-pass filter you want on the echo and then hit ON, and it will instantly echo out using whatever beat value you have selected. Just this effect and a crossfader would be the best controller ever.

Note: Combo Fade Echo is one of the effects in the Wolf Pack, which you can download for free within the 'Online' window of the Serato DJ application.

It's pretty easy to accidentally load a track to the deck that is playing aloud. It's always going to happen. A quick press of CONTROL + Z will instantly undo the last track load AND take you back to exactly where you would've been in the last track have you NOT loaded it. It's so smooth you can even use it as an effect. If there's one trick in Serato DJ/Scratch Live that you learn in should be this.

MAKE NEW MUSIC APPEAR IN SDJ EVERY TIME YOU OPEN IT

Serato DJ and Scratch Live have a feature called 'Auto Import'. Basically anything you throw into this folder will appear in a 'Latest Imported' crate when you next open SDJ/SSL. That's kinda cool, but something you can do that makes it even better is to set it up so that any audio file you download from the internet shows up in your SDJ/SSL library the next time you open it. All you really need to do is open your internet browser, go to the browser settings and point the 'downloads' to your 'Auto Import' folder located in User -> Music -> Serato -> Auto Import. Now you'll download something, and it'll show up in a 'Latest Imported' crate in SDJ/SSL. However, because everything you download from the internet isn't going to be audio files you want to DJ with, you should also make a shortcut/alias of your 'Auto Import' folder (just right-click on it) and put it where you usually keep your downloads folder. Then you'll have access to all your downloaded content like normal, except the audio files will be auto-imported when you open SDJ/SSL. This 'technique' won't work for everyone but if you download a lot of music it an be a really fast way to get it into your library for sorting out.

If you are using a controller, you can make it so that stopping a track sounds like stopping vinyl. Just go to the DJ PREFERENCES tab of the Setup screen and set your braking to about 9'oclock. Now when you stop a track it will sound like a turntable, quite a cool effect. Sounds better with echo combined.