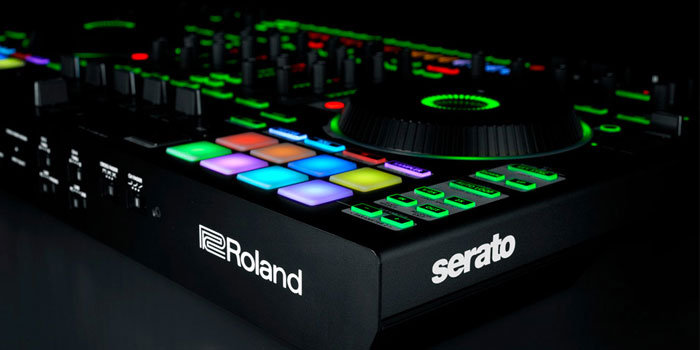 NAMM introduced us to some exciting new products this year as well as updates and news surrounding existing gear. Users of the Roland DJ range may be the most benefitted, as Roland released a massive update for its entire DJ range(DJ-202/505/808) which you can make use of right now, free of charge.

If you're a current or future owner of the Roland DJ-202/505/808 checkout the impressive list of improvements Roland has introduced in this update.

These aren’t just samples, either – they feature the same component modeling approach you’ve heard in other Roland drum machines (and specifically the TR-8 AIRA), so they’re based on realistic digital models of the analog circuits. That’s why there are no “sound kits” to download or something like that.

Channel effects. [808] The DJ-808 also includes a new delay, phaser, a new noise effect, and bitcrusher. Since the DJ-808 also acts as a mixer/hub for gear, that’s… a lot of fun. The mic input also gets its own reverb, delay, and delay-reverb combo.

TR-S step loop. [505] Also cool – now you can loop through just some steps instead of the whole loop on the TR-S sequencer, so handy both for Serato sequences and the drum machine.

Tweak settings. [202, 505, 808] There’s now a sensitivity adjustment in settings. It’s a “release” setting, so impacts when you let go of that jog. All three models now also have a Backspin Length setting, which lets the wheel jog through more of the track than a single rotation normally would. I found that turning up this length let me jog through more of the track quickly.