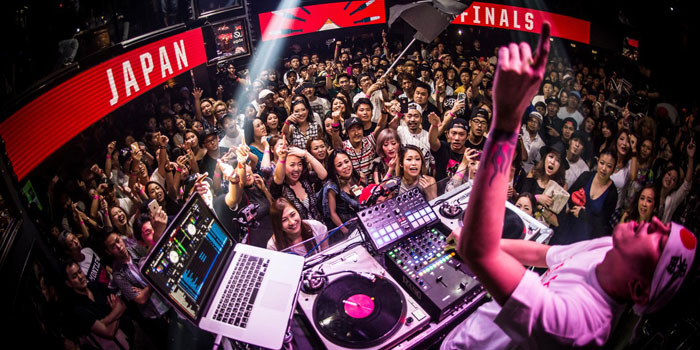 8 years ago the Red Bull 3Style introduced us to a competition we didn't know we needed. We live in a polarizing DJ world, DJs that jump around on stage at festivals are considered phony and DJs that nail technical, heavily coordinated routines are berated with comments about their performance not being 'danceable'.

The Red Bull 3Style gave us a platform that merged the two. DJ's could now flex their technical skills while also focusing on the element of a crowd that wanting to party. The competition quickly pulled the world's most creative DJs out of the woodwork. Below we share our favorite routines from the past 8 years that helped shape the competition to what is now.

One of the most well recognized 3Style sets of all time. This set made Eskei the world champion and basically made him the face of 3Style for the years to come.

Maybe our favorite set ever. This really introduced the world to toneplay and still stands as maybe the finest demonstration of the often misused technique.

A very clean, EDM heavy set. Trentino really goes in on the Dicers with this one

Clean, diverse and creative. Everything a 3Style set should be.

The Brazillian club & radio DJ consistently drops flawless sets. Marquinhos is also competing in the upcoming 3Style finals and has the chance of becoming this year's World Champion.

One of our favorites from the past world championship. So much flavor!

A high energy, creative set that embodies what 3Style is all about.