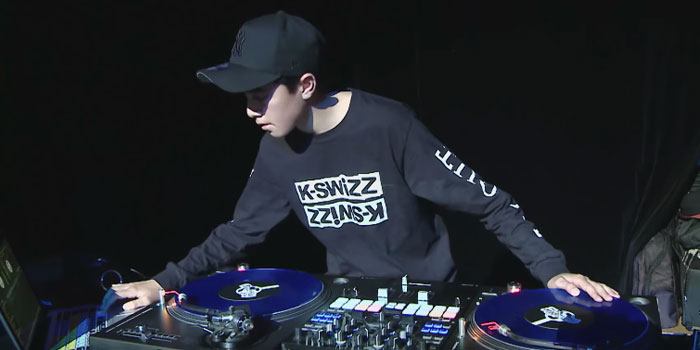 Don't let the age fool you, 14-year-old DJ K-Swizz is not only among the best battle DJs in the world but has now been crowned the IDA Technical World Champion.

Since emerging on the battle scene from the age of 10 K-Swizz has been exponentially leveling up each year, after being awarded 2nd place in the NZ DMC and gaining entry to A-trak's Goldie Awards it was only a matter of time until the boy was showing up to school with a #1 in the world trophy.

Watch his set below which made him this year's IDA World Technical Champion.