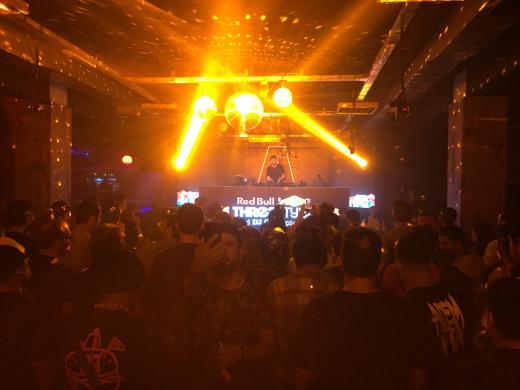 The night’s event was held at Club Subterraneo in downtown Santiago. Situated at the end of a lovely outdoor food court, we found ourselves in this beautiful underground concert hall.

DJ Stuart from Buenos Aires was up next and brought the tempo and energy up with a bunch of Miami Bass classics and faves. 2010 World Champ Aleqs Notal from Paris (pka Karve) brought a bag of disco and boogie heat for his set and you know when he's ready to rock you are always in for a treat.

Check out the DJCity recap below:

Time for the competition! 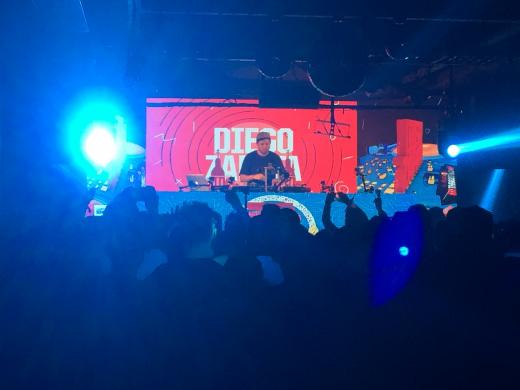 Diego's set was musical, utilizing key shifting and quick mixing in innovative ways for a great start. Staying safe with dance floor classics, he was confidently supported by the hometown crowd. He comfortably worked through his set without skipping a beat. Not limiting his skill set to one trick, he showcased his versatility with different live techniques like clever word play and live blends. Progressing through the set from classics to modern hits made for a well paced and good narrative.

Lautaro had us a bit confused when he set it off with Darude "Sandstorm" but fortunately had a hype Chilean remix ready to drop. Not an easy task to follow up the hometown competitor. Nevertheless performed his set clean. His Tone play was well thought out but didn't resonate with the crowd or judges by the looks of things. Unfortunately things weren't looking good for Lautaro...

I must admit I really enjoyed the "Who let the dogs out" to Asap Ferg’s "Work" transition though!! 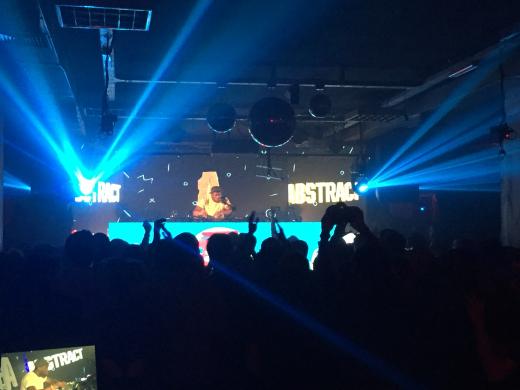 The only competitor on CDJs, Abstract was ready to set it off remaking MIA’s "Bucky done gone" with the Rocky horns and smoothly moving into the rest of his set. Creative transitions and unique style were Abstract's secret weapon and he definitely knew what he was doing up with it.

Perhaps lingering too long on the scratching of "yoooouu" and less focus on crowd engagement were a couple things that could give him an edge if he was able to improve on this. You really have to consider your crowd, and too much focus on the technical transitions somehow disjointed the set. However getting a soul clap was a real highlight and towards the end of the set he had really brought up the energy in the room. The songs used were refreshing and overall I'd really enjoy to see Abstract play a bunch more. He definitely had the best songs of the night.

With the most unique setup I've seen at 3style, J.Fitz used a Roland TR8 drum machine with his DJ rig! Well placed after Abstract, J.Fitz had an equally unique track selection, making for a very refreshing departure from what we are used to typically seeing at 3Style finals. Live remixing Baile funk and Cumbia music with the TR8 live and mixing in familiar house tracks like "Work" by Masters at Work "worked" seamlessly. Without much variety for the first half it wasn't diverse enough genre-wise to ensure advancement. A couple of mixes that could have been tighter and some more impressive cuts would have helped, but the crowd wasn't committed to the rest of the set. It was cool to hear ballroom music juggled in a 3style final. Certainly a first.

Wildcard JFB has a lot of experience when it comes to winning competitions. With 1 million views on his submission video, JFB was a big contender for advancing to the finals already. Witnessing one of the most proficient technical DJs in world, the crowd was instantly impressed, but could he keep the momentum throughout the 15mins?

JFB literally had everyone standing up in the judges section.

Shaving a few points off for some obvious tracks with the judges but still maintaing the crowd, it was going to be a tough decision.

It was incredible how much JFB could pack into a set and be so flawless with his execution. Trapment was definitely going to have to step up to top this set simply on a technical level as this is seemed to really fire the crowd up!

Fully energized Trapment was ready for battle. Super high energy and an animated performance won the crowd over right away. Slipping in some cool Latin music and cutting it up was aiming straight at winning them over. Staying within his comfort zone of big room tunes was his specialty and revisiting his routine from 2014 Canada finals proved to go over well too. Was it enough to take him to Grand final?

A couple of unfortunate mistakes seemed to hold him back from attaining the means to do so… His work ethic surely wasn’t allowing for this to happen.

While the judges made their deliberations, Z-Trip turned the party out and showed why he's one of the reasons this competition exists. You know every time you see Z, he's got a new set of tricks, remixes and blends you've never heard before that the crowd eats up. Always fresh!

Winner: JFB from the U.K. will advance to the Grand Final on Saturday for the 3style World Championship 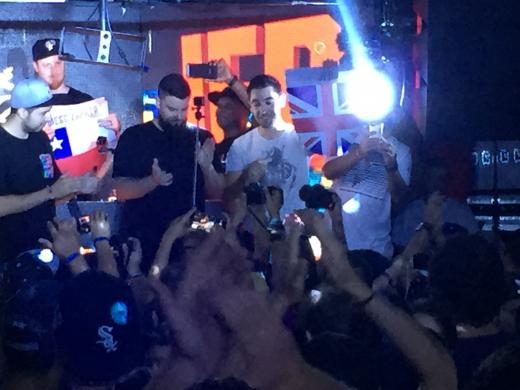 Check back tomorrow to see how round 2 plays out!