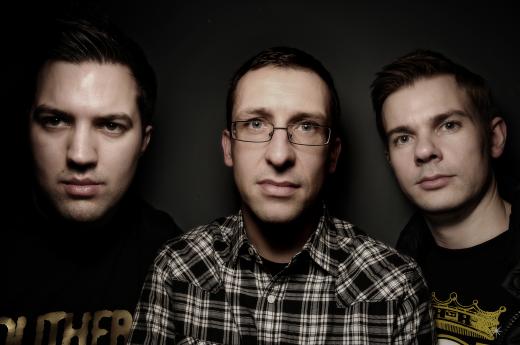 For the next six weeks we're profiling some of the UK's upcoming and mainstay musical movements. First up, we introduce you to Southern Hospitality.

Tell us who Southern Hospitality is and its origins?

Rob Pursey: Southern Hospitality is myself, Davey Boy Smith and Superix. The movement was born out of a general love for new music and largely to represent music we felt might be slightly overlooked, particularly regional rap. Myself and Superix put on events in London in the early to mid-2000s with that agenda and used the Southern Hospitality name to communicate the music policy, realising that once we had there were other people out there who were likeminded and were craving the newer sounds too. Once Davey came on board, everything crystallised and we had an opportunity to push what we saw as cutting-edge rap and R&B music through the new platforms that were emerging. Davey and myself were both writers at the time for various rap-related magazines and just began to push the content through our site, which then made links with many artists and scenes that we could then support and promote.

When we see the words ‘Southern Hospitality’ a lot of rap fans would automatically draw relation to Outkast and the rise of southern rap. Do you guys adopt the “south got something to say” mantra in regards to your musical taste and how you conduct yourselves?

Rob: Yeah, there's definitely a lot of that message in what we try and do, but applied to any area, scene or artist who is bringing something fresh to music. We never discriminate on style, region or aesthetic, if something's dope it's dope, and we don't try to give it too much thought beyond that. So much of our life is spent being inspired by music that we're on a mission to always communicate that enthusiasm and passion. If we can transfer the feeling it gives us to people in our clubs, to our radio show listeners or those who come to our SXSW showcase or whatever, then we've accomplished something. We like to spend time talking about the things we like, rather than the things we don't.

You’ve branched out to LA now, how has the Southern Hospitality brand been received out there compared to your mainstay, London?

Davey Boy Smith: I think there's a general perception of LA as being super exclusive when it comes to its clubs or music scenes in general, but our experience has been quite the opposite. Almost immediately after I moved out here three years ago we were approached to curate and host a Boiler Room rap event, where we had people like Ty Dolla $ign, Iamsu!, Problem, Pink Dollaz and pretty much all our favourite west coast rappers at the time to perform. Shortly after that we started a club residency at The Lash, which is a really special music-forward venue in Downtown LA that's run very much like our central London HQ The Social. We've had some really great write-ups in LA Weekly and it's just the perfect place for all our LA DJ and artist friends to come through and get buck without having to worry about tables and bottle service. I think the fact that we had Gangsta Boo and Scratcha DVA partying hard with us on the same night is probably the best example of how amazing LA is right now.

You guys keep many DJs up to date with your DJ blasts. what are you methods of discovering new music?

Davey: I see it as a personal failure if I'm only hearing something by the time it hits the mp3 sites, so I always keep an eye on regional rap dance YouTube channels to keep my ear to the streets and see what the high school kids are dancing to. And because we share so much music with people it's thankfully fostered a reciprocal relationship where our DJ friends who send us the super new and rare shit they're up on in return.
Rob: I still regularly scour music sites, Twitter, pay attention to what's poppin on Vines, people's radio shows etc. as well as being fortunate to be able to tap into a great network of music lovers who are constantly putting me on to new music – Davey being the foremost supplier! There's definitely some people who operate as great filters out there to get to the authentic music quicker

How important is breaking brand new music in the club/event/show on the regular?

Rob: It's everything to be honest. I DJ around three times a week on average and I feel it's my responsibility to break new club music, as there's no feeling quite like hearing that record loud for the first time and then watching it build week after week until it reaches its peak. If you've owned it from the beginning, rather than only playing it when its poppin, then the audience learn to trust you as a DJ. The same for radio, however, there's even more scope in the range of music as you're not always having to get a room full of people active.
Davey: It's crucial. And if a song is really good enough it should be able to stand up next to all the classic rap anthems people already know, and not just be relegated to the warmup. As Rob says, there's no better feeling than having people go crazy to a song that's dropped that week or that day even. And honestly our crowds are so educated they might even know all the words already.
Superix: There’s so much music that still reminds us all of a time and a place when you first heard it, so for us to be able to be apart of something like that, for others is also an honour and a privilege. Being able to play new music that is sometimes hours old on our radio show is pretty special!

Where do you see the Southern Hospitality movement going in 2016 and beyond?

Rob: In general terms we're just reaching more areas in terms of events, curation, radio, management etc. and spreading the Southern Hospitality message and building on our strong foundations. Our radio show and events are now reaching both UK and US audiences regularly so expanding on this is a priority.