Here we are in Japan for the Red Bull Thre3Style World Final week! After a lengthy (10 hour) flight we finally arrived in Tokyo, bound for Shibuya - one of the busiest neighbourhoods in the world. Shibuya is a constant hub of activity, even when you wake up in the small hours of the morning with some powerful jet lag.

Tokyo is one of the biggest cities in the world. The greater Tokyo metropolitan area has a population of around 37 million people and to put this in perspective, the entire population of New Zealand (the home of Serato) is only 4 million...

First priority - hunt down some local cuisine. Considering Japan is a culinary capital of the world, I had some high expectations and was not at all disappointed with the amazing Sushi we found at the small 10 person only restaurant round the back of Shibuya station. This was the beginning of a very consistent run of great dining experiences. Everything I’ve eaten so far has been amazing from donuts to slimy Okra to the kind of fresh Tuna Nigiri you just don't get anywhere else. 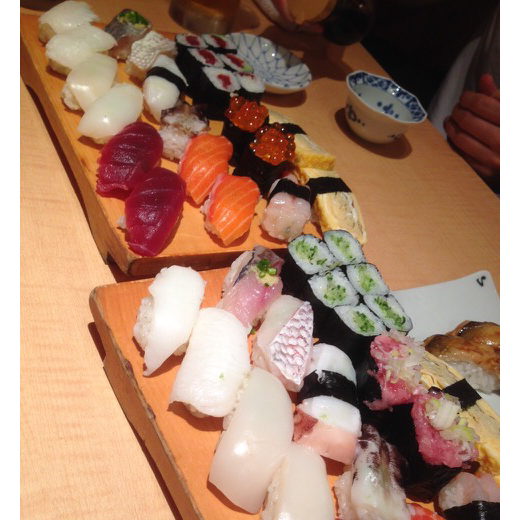 Enough food tourism though. After all the judges and competitors arrived, we met up today and went on a tour of Tokyo. First stop was the Meiji Shrine in Harajuku, a shinto shrine dedicated to the deified emperor Meiji and his wife Empress Shoken. Located in a forest of about 70 hectares, this provided a tranquil change from the intense craziness of Tokyo. Continuing our tour we walked from the Shrine through Harajuku and stopped for a photo of the freshly posted Manga billboard that Red Bull have posted. 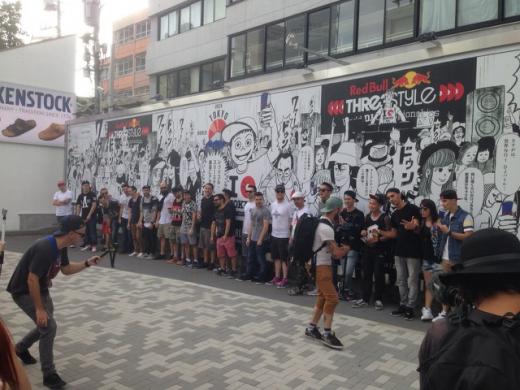 This billboard tells a great story about a young DJ who aspires to be the best, and getting his Father's blessing (who is also a Tonkatsu Chef). The story goes on to explain the similarities between being a great chef and the path it takes to be a great DJ - both require huge dedication, passion and training.

Harajuku is the fashion centre of Tokyo and we stopped at some really amazing stores to find the best selection of apparel I have ever seen! if money were no object I would be able to easily exceed the baggage limitations on my flight home. 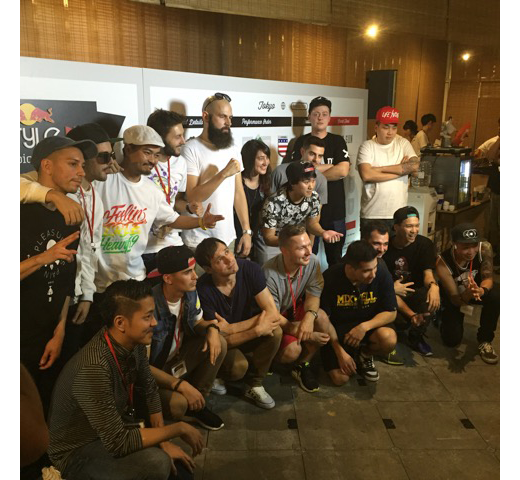 Back to Redbull HQ in Shibuya for the tournament briefing and the all-important draw for who would play each night. The draw is simple. Every competitor puts their name in a bag, then Jazzy Jeff and Skratch Bastid randomly pull names out. It’s then on the competitor to choose which night and at what time they would play.

The schedule for tomorrow is DJ Byte from Chile, Cinara from Brazil and J. Espinosa from U.S.A. which will prove to be an intense competition at Unit nightclub in the Daikanyama district of Shibuya for the first round.

Best of luck to them all and visit us tomorrow for the outcome and more, Live from Tokyo, Japan.