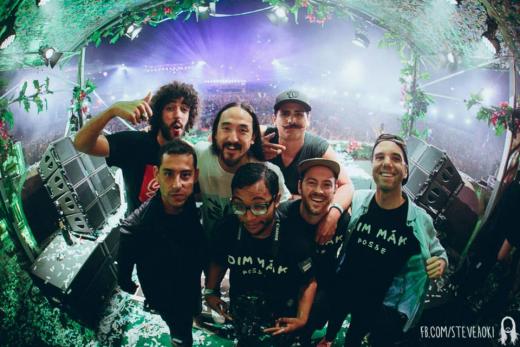 Demystifying the EDM stereotype... Our product specialist, Matty P, spent some time with Steve Aoki's team on tour in Europe this summer. Check out a full recap, as well as some insight into what happens behind the hype and what Steve does. Read on!

For most people below the age of 35, Steve Aoki is most likely a household name. You may have a cake or two being thrown on Youtube, or even witnessed him play / been hit by some buttercream frosting. You could probably ask any teen about him and get a pretty detailed answer.

My first introduction to Mr Aoki was his extremely successful remix of Kid Cudi (let’s not forget collaborators MGMT and Ratatat) Pursuit of Happiness in 2011. I’d like to think this was his breakthrough track, although I was also familiar with Dim Mak. I bought the Bloc Party 12” single, Helicopter for the Diplo remix back in the mid 2000s.  Steve and Dim Mak had been instrumental in Bloc Party’s early success while also launching the careers of other acts like MSTRKRFT, Keys n Krates and others. It was pretty clear to me that Steve had a solid background in knowing how to get a party started, and how to recognise a big track before it blows up. 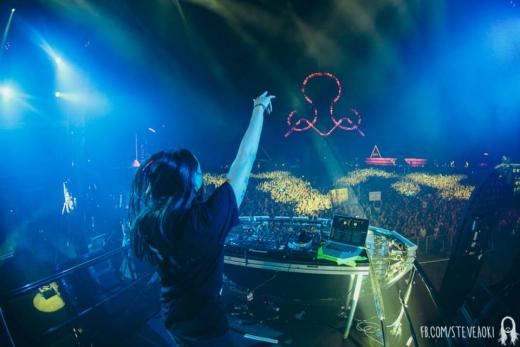 Let me tell you some more about my experience on the road with the team...

I went on tour with Steve Aoki for three weeks in July to help with all things Serato related. Steve has been a long time friend of Serato, as he came up playing and pressing vinyl records and was very close with the late DJ AM. I had no idea of what to expect going into this and very quickly learned what goes into a Steve Aoki show. It was incredible to see the attention to detail needed to make sure everything is going well in front of 70,000 people at a festival like Tomorrowland in Belgium. It's intense! Steve tours a lot and has a crazy schedule. After my first few gigs they hooked me up with a Dim Mak Posse T-Shirt with the phrase “Always on tour” written on the back. This is no exaggeration!

My first personal introduction was at Pacha, Ibiza. This is where Steve has his residency from July to September. At Pacha, Steve has a full video setup with multiple LED screens where he broadcasts his Serato Video output. Prior to meeting up, Steve used Scratch Live which he had been using since the beginning (circa 2004) and had used Serato Video for some time. His typical setup is 2 x Pioneer CDJ-2000NXS, a DJM-900NXS, Rane SL3, and a (powered) USB hub as he MIDI maps the faders on the DJM-900NXS to Serato Video. I was keen to show him Serato DJ and CDJ HID mode since he already had a hub - that way could control more from the CDJs. He was very interested in playing with Serato DJ right away and tried it out on his early gig at Mambo cafe for the sunset, facing the ocean on the west side of the island. 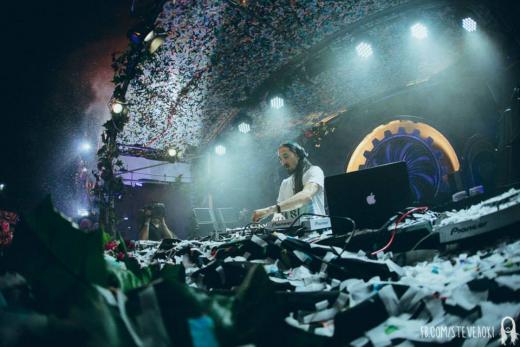 Steve doesn’t like to play the same music all the time and he’s good at reading the environment, venue size and playing appropriately. At Mambo he was playing lots of deep house and some classic indie stuff like Animal Collective’s “My Girls” which the crowd loved, perfectly fitting the mood!

Later on in the evening, we gave Steve the masterclass on setting and editing Beatgrids in Serato DJ as well as how to do this with transition tracks (which Steve uses a lot). “Transition tracks” really make sense if you consider his sets can range in tempo from 70bpm, 110bpm (Beat Down) to 128bpm (Boneless). Getting between them quickly is essential. You can check out a great guide on setting and editing Beatgrids on the blog. 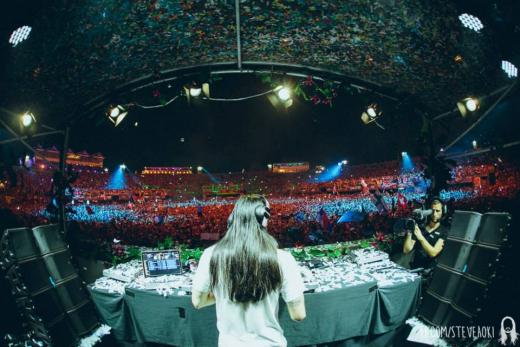 The next evening was Pascha. Pacha is crazy night... Lil Jon played with him and Deorro opened up. It was the first time I got to see Steve play his residency in Ibiza and see what goes into the show. The visuals are all synced to his songs and he played a great mix of his newest material from the forthcoming album, Neon Future, as well as his classic remixes and tracks. Nas turned up that night and after a little convincing, threw a cake in the audience. It was a high energy set by Steve mixing up his style of EDM with rap, rave and singalong anthems. The crowd loved every second. Not only did he play songs everyone wanted to hear, he was also super engaging, not just throwing cakes. He brought the energy up, jumping all over the stage and getting live on the mic, all while being in the mix (without sync, no lie!)

We left Ibiza and hit Electric Daisy Carnival in England, Ultra Festival in Croatia, then to Mallorca, Cyprus, back to Ibiza, Germany, Monegros (Spain), Amsterdam and the Tomorrowland Festival in Belgium where Steve played both his Dim Mak stage and closed out the Main Stage (solo and with his mega group 3 Are Legend) BOTH WEEKENDS. He had precisely the right tracks for the crowd of 70,000 people, who sung along to the anthems he threw down and gave their all to his high energy performance. The best part of a Steve Aoki show is how committed to making it special for everyone there. He’s acutely aware of what’s needed to make the vibe right and keep it 100 throughout the whole performance. 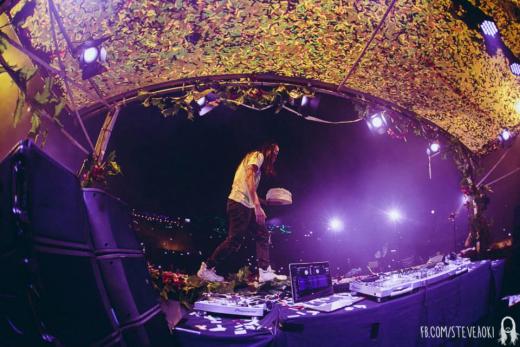 Prior to going on this tour, I probably had some preconceived notions of what it took to be an EDM DJ. I'd not been to anything like one of these festivals before and definitely hadn't been that close to the action. I think it's easy to look at the spectacle and feel like the musical side of it isn't considered, or at least is being somehow "faked". Steve is no illusionist, he's a DJ, and very popular one.

After witnessing how someone like Steve works, I can’t really understand where so much of the antagonism towards what he does comes from and it seems a little unfair. I’ve met few other DJ’s who take as much time to carefully prepare their sets, learn and adapt to new technology and perform with as much physical energy and consistency as someone like Steve. He's totally dedicated 100% and it's his life. This is in my opinion the very definition of what it means to be a real DJ.

Nice to work with you Steve!