Up to? with Fanu

Serato Blog
Up to? with Fanu

After all, you're supposed to be a DJ and not a jukebox: the former can get lively and unpredictable with his mixing and selection and show different styles whereas the latter can't.

Finnish Drum and Bass producer Fanu (Janne Hatula) of Lightless Records got in touch with us recently for a chat about his latest releases, making beats and being hungover in Latvia.

See what he's been up to! 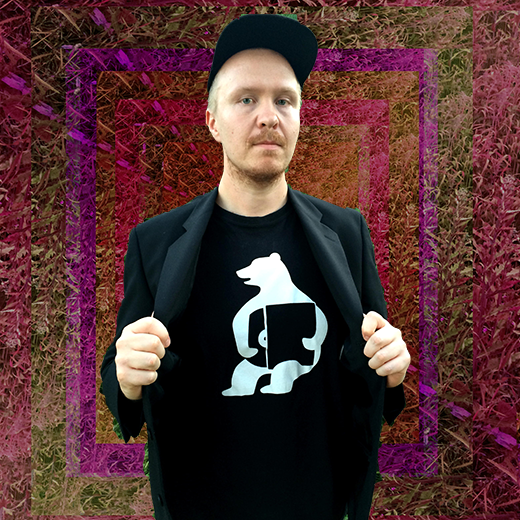 You’ve recently released ‘Oh-So-Random EP # 2’ and you have another EP coming soon. Does this sum up what you’ve been busy with lately?

Oh-So-Random EP # 2 just came out and the next EP in the series is nearly done actually. It'll be on the same tip as # 2 was; 80/160 bpm D&B music, sort of half-tempo, “slowfast” style. What'll be coming out really soon is the next 12” release on my label Lightless, Paracosm / Yin Dub. I got a lot of good support for that one so I can't wait to have that on my hands. Nothing beats real vinyl. I've been doing some remixes as well – just finished a remix for Two Fingers (Amon Tobin's project) and Recue & Jolea, a wonderful Finnish duo, and I'm pretty happy about those. I'm also working on a release for a label I really like that's run by an artist who's responsible for inspiring me and a lot of bass music heads massively in the past year or so – but I can't say more about that yet as it'll take a bit...

Do you feel your music has changed much over the past 11 year’s since your first release?

That's up to those who listen to what I do! That's really hard to answer to be honest. Maybe? At least production-wise I'm paying more attention to it which makes it all even more challenging and rewarding in a way.

I'd like to believe the Fanu aesthetics have stayed mostly the same: love for breakbeats and atmospheres. I've also been making a bit hip hop recently, and that's a new field for me, very refreshing.

What does a typical Fanu DJ set consist of at the moment? Your recent Solid Steel mix wasn’t the usual, is this a sign of trying to go somewhere else with your DJ set?

Yeah, I wanted to do a selection of prime beats for Ninja Tune for sure.

In the field where I belong, i'd definitely like to see a little more experimentation and definitely MIXING things up. After all, you're supposed to be a DJ and not a jukebox: the former can get lively and unpredictable with his mixing and selection and show different styles whereas the latter can't. A DJ can tell a story, take the listeners on a journey and play what the crowd wouldn't expect. That's the recipe for me. I play stuff from different eras. I also love to mix in some hip hop, because after all, that's partly where D&B came from and they go together well. I play my own stuff a bit, but not too much. I want to play the tunes people haven't heard a million times. I think D&B and bass music are going thru some massively exciting times, and there's loads of really great music coming out all the time that mixes well with older material so it's fun mixing it all.

Also, I know I sound like a salesman here but whatever... that's where Serato really shines. I've imported loads of old CDs and recorded old+new vinyl and it's just so easy to have all of them on your hard drive when you travel. There's no excuse to be boring with your selection or stick to 50 tunes to choose from for your set. I painfully remember one of the last times I was still traveling with vinyl for gigs when I thought I needed a decent digital system. There was (supposed to be) an event in Riga, which didn't happen for some reason having to do with the promoter not getting a proper license, so they set up an ad hoc event in a warehouse. I ended up playing there but as I was playing, all the organisers left (being a DJ takes survival skills, yup!) and I heard the main promoter had got massively drunk on whiskey. I spent the night and the morning walking around with some nice people, carrying a bag full of vinyl while I was drunk and hungover, the sun was HOT in the morning when we were walking thru the city and we were trying to find a place for me to stay… It was then that I thought, f**k all this vinyl, I need to get that Serato thing everybody's talking about. Those were the early days of Serato and I've been rocking it ever since. Still love using Technics.

Who is FatGyver and what’s his story?

That's my hip hop alias. I've been working on some hip hop (alongside my electronic material) for 1.5 years now and it's been a great new venture. There'll be FatGyver releases coming out on US east coast based Redefinition Records later this year. I got lucky because I thought I'd release it all myself but Redef (my fave hip hop label) took me on. I admit I did pester them for a good while (sorry, John!) and was about to give up but finally they listened to an album worth of material and took me on. I'm really hyped about what is to come!

What’s next for Fanu and FatGyver?