Serato Blog
Up to? with Lockah

"For a while I felt like I wasn’t giving my background as a DJ enough justice so my production output has changed to become far more in-tune with my sets."

Here's part two, in our series of artist catch ups, with Tom Banks aka Lockah.

We caught up with Tom recently to chat about the intersection of DJing and his production, what's been happening this summer and about the colourful blend of electro pop, Miami (Brighton) sunset & techno inspired music he's bringing to the table. His latest album, Yahoo or the Highway, released on Donky Pitch, is a collection of tracks in this vain, all coming together to paint the synthetic, neon landscape of his sound.

See what he's been up to! 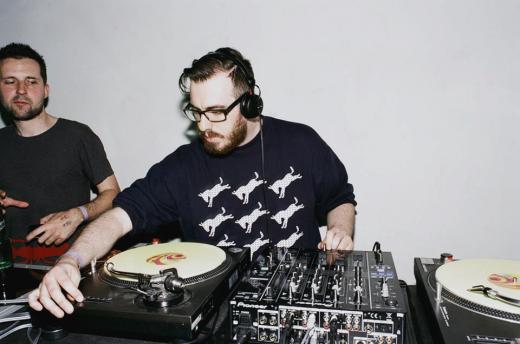 Tell us a little about the music you make? Vague I know…

Almost everything I make starts with a strong sense of classic electronic pop, and the melody gets shoehorned into various hip-hop related styles. Most recently everything I’ve been producing has been really heavily informed by the drums in Miami Bass and early Techno and Electro 12”s. Big synths, breaks and the odd muted vocal snips fill in the gaps and put my own spin on things.

What does a Lockah DJ set sound like at the moment?

My sets have gone through a fairly big shift in the last year. Drums and rhythms have become more important in my productions and it’s the same thing with my DJing style. A year or two I was practicing a lot at home to figure out how tracks could be as melodically sympathetic to one another as possible. These days, the key lock’s off, my crates are simply better organised and I try to push spontaneous ideas behind the decks. You’ll hear me playing a bunch of my own personal bootlegs and VIPs, cutting up doubles of obscure Miami Bass 12’s and mixing recent stuff from Donky Pitch, R&S, Night Slugs and 100% Silk with timeless joints from Egyptian Lover & Kraftwerk.

Do you like to play a lot of your own music?

Yes, and as time goes on i’m far more conscious that I’m often writing music for my OWN sets first and foremost. Unlike a lot of people I speak to these days, DJing was really the first part of this whole thing for me and production followed. For a while I felt like I wasn’t giving my background as a DJ enough justice so my production output has changed to become far more in-tune with my sets.

How's the summer going so far?

It’s my first Summer down in Brighton since moving here earlier in the year and I’m loving it. The local rag claims it’s gonna be hotter than Barbados next week…we’ll see. I’ve a few remixes coming out on wax in the next while, and gig wise I’ve been lucky to hit Europe a few times already. The production game is back in full swing after the post-album-euphorea comedown!

What's in your DJ bag?

Pants and socks, SL3, HD25s and a bottle of Grey Goose from the other act’s rider. Crates wise, I can’t be without the following right now:

The dude makes such punishing music at first listen but I slot something from every 12” he does into my sets with ease. The aesthetic is ’techno’ but this could be something off a D-Styles scratch record to me. I threw ‘More Fun To Compute’ over (under?) it in Barcelona the other day and it was fucking massive.

A joint that sounds huge and could have come from any time. Mattafact…I have no idea which year this is from. I play my mate’s edit because the original is one of those amazing ones with a 14 and a half bar intro or something. The non-visual hardware sampling era gave us a lot of those I guess.

My 12” from earlier in the year. The dub/bonus beats work over just about anything in that tempo range so I can drop the main track into a set whenever the mood is right. It’s the best combination of DJ tool & anthem that I’ve managed to throw together thus far and I’m proud of it!