How to make It 003: Mark Ronson, sampling, and the transformation of music

Serato Blog
How to make It 003: Mark Ronson, sampling, and the transformation of music 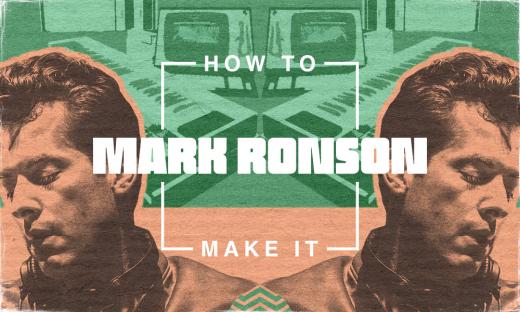 "Since the dawn of the sampling era, there’s been endless debate about the validity of music containing samples.”

Mark Ronson candidly started his Ted Talk with this statement. He went on to passionately speak on how sampling transformed music as we know it. Standing on the stage in an understated forest green bomber jacket, coupled with black jeans and slicked-back hair, he looked like he could have been an extra from Grease.

He is considered by many as one of the pinnacle music producers of our time. A key contributor to modern classics by Amy Winehouse, Lady Gaga, Queens of the Stone Age and Adele, to name a handful. With a demeanor that is peculiarly intense and simultaneously casual, his ideas are genius and his opinion on modern music, expert. 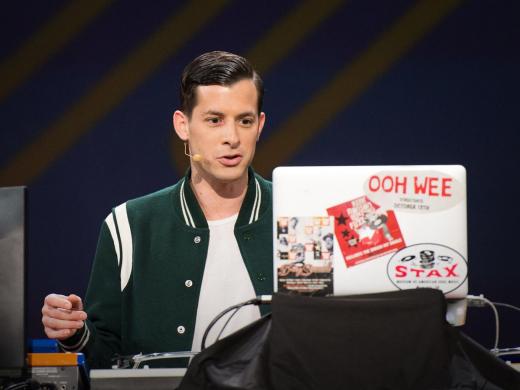 Born in London and raised in New York City, Ronson is the step-son of Foreigner guitarist, Mick Jones. This resulted in a childhood soaking up the music of the 1980s, growing increasingly conscious of what it took for a song to be a hit.

The greatest chord progressions, melodies and hard-hitting drum beats all flowed into his musical identity, subconsciously laying a foundation in his mind on which he would go on to build some of the greatest pop music of the 21st century (thus far).

Whilst studying at New York University, Ronson became a local legend as a DJ. DJing and producing go hand in hand, as we know. More often than not, you’ll find the best of the best do both. Ronson was renowned for spinning hip hop tracks, still citing the genre as one of his greatest loves. Beyond a love affair, it was also the facet from which he discovered and ultimately became consumed by the concept of sampling records. 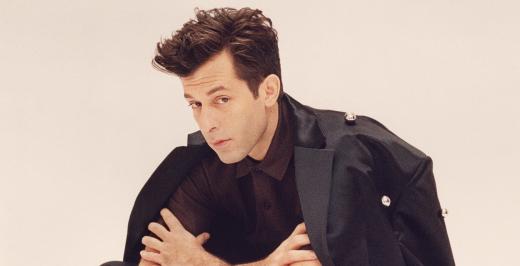 Sampling: what does that even mean?

Sampling refers to using a section of an audio recording, and repurposing it in a new body of music. The term was coined in the late 1970s by creators of the Fairlight CMI, an influential early sampler that became a staple throughout pop music of the 1980s.

Sampling exploded throughout the hip hop community in the 1980s, where sections of older funk and soul records, particularly drum breaks, were sampled by producers to create beats for artists to rap and breakdance over. This was revolutionary for the urban scene, as this new wave of music was able to authentically capture a vintage soundscape, because the authenticity was embedded in the samples themselves, rather than needing to be recreated. Sampling later crashed into bedroom studios in 1998 when AKAI came out with the MPC - an affordable sampler with an intuitive interface that made sampling accessible to a wider audience.

As Mark Ronson delved further into the world of sampling, his career was beginning to explode. Aside from releasing records of his own, Ronson was working with the creme de la creme of pop musicians, often referred to as having the ‘midas touch’, as if he had some undiscovered secret on how to make a hit.

He didn’t. What he did have was a unique outlook on how to capture authentic vintage sounds and couple them with modern production techniques to create something completely original. When working on Amy Winehouse’s critically acclaimed album ‘Back to Black’, Ronson referenced his love for Motown Records and the sonic layers that their artists were renowned for on their albums. He poured over older records on the Motown roster, continuously sampling new sounds, of which he manufactured a sonic platform to build the instrumentals for Winehouse’s tracks, letting her soulful and distinct voice do the rest of the work. 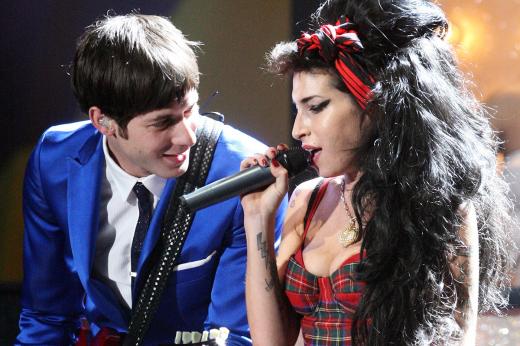 Beyond working with Winehouse, Ronson’s catalog is riddled with sampling old records. ‘Uptown Funk’ sampled ‘I Don’t Believe You Don’t Want to Get Up and Dance’ from The Gap Band in 1979. ‘Everyday’, Ronson’s hit with hip hop heavyweight A$AP Rocky uses ‘In a Broken Dream’ by Python Lee Jackson, from 1976. ‘Stop Me’ uses a sample from the 1960s - a section from ‘You Keep Me Hangin’ On’ from the iconic female singing group, The Supremes.

“Sampling isn't about hijacking nostalgia wholesale," says Ronson. “It's about inserting yourself into the narrative of a song while also pushing that story forward.”

Sampling created an opportunity for music recycling - it allowed for the genius of the past to complement the genius of the present, giving new life to old ideas and facilitating collaboration between individuals who didn’t even walk the Earth at the same time.

It’s not stealing, it’s not a lack of ingenuity - it’s paying homage to those that created art before you, and allowing it to live on in different avenues for all to enjoy, even if it is a little later down the track.

How to Make It Mark Ronson Sampling