"QuickTime needs to be installed" (error on m4a files only)

"QuickTime needs to be installed" (error on m4a files only)

DJDaddyBlack (NC) 12:28 AM - 29 January, 2013
I've been using the Itch program for about 2 1/2 years now. Some of the 'older' issues I've had, the 'newer' versions sort of fixed. Now I'm faced with a 'NEW' issue... "QuickTime needs to be installed". These are the same songs that played months before. Let me break down what I've done:
I was using Itch through my iTunes Library, like many others. (ALL mp3 and m4a files played on iTunes and through the Itch program 2.2.2. just fine) As my music playlist got larger. I decided to copy ALL of my music to an external hard drive. I even copied the crates I created in iTunes over to the external as well. When I opened Itch to practice, I started getting the "QuickTime needs to be installed" error. Like anyone that may have had this same issue, I checked to make sure I still had the newest version of 'QuickTime'. I even went back and 're-installed' iTunes as well. By iTunes being my default media player, ALL the songs would still play. NOT with the Itch program. So, I tried moving ALL of my music back on to the iTunes folder so they can be saved on my OS hard drive. (Just in case the program wasn't recognizing the songs because they were coming from my external). It didn't work. I even tried 'create an mp3 version' for the m4a files through iTunes. Still didn't work. I un-installed/re-installed Itch 2 or 3 times. NADA. I even re-installed an earlier version of Itch...2.2.0. Same error. After getting frustrated. I got a friend to install Virtual Dj PRO7. Since the program is compatible with the Numark V7's. Honestly, I rather have my 'Itch' back working. Now, here is what I need answered: Can you use an external hard drive to play through ITCH? If so, is there any thing extra needing to be done to make it run smoothly? What is the best process to get ITCH to play my m4a files again? Can I use an external hard drive with ITCH without iTunes or QuickTime? (because I deleted both of those bastards after becoming frustrated). I need step-by-step "successful" direction, please. Thank you in advance. I have gigs coming up and Virtual Dj is NOT what I want to use. 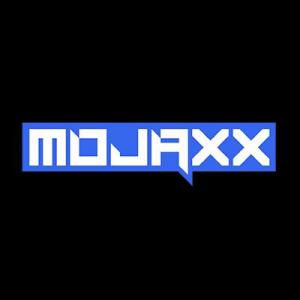 phatbob 1:03 AM - 29 January, 2013
In your help request you say you're also getting choppy playback with mp3s off your external drive. Just to ask, are you aware your system doesn't meet the minimum specs? I'm not surprised it's struggling.

DJDaddyBlack (NC) 2:58 AM - 29 January, 2013
Ok. According to serato, I do. Strange. Then it also worked well before. I almost 'hate' that I decided to try to use an external hard drive. I should've left it alone. By the way. I 'googled' my issue and I saw where others have been through this before. Unfortunately, no 'real' solutions. They post what they've tried.

phatbob 8:18 AM - 29 January, 2013
A 1.7ghz Pentium does not meet the minimum requirements here... It might have done with older versions of the software:

When the Serato DJ upgrade comes along soon, XP isn't supported at all; it really seems like it might be time for an upgrade TBH.

On another note. I may look in to another laptop soon. It may be time to put ol T42 down for a while.