A SIGN THAT SHOULD BE POSTED AT EVERY BOOTH!!!!

Forum DJing Discussion
A SIGN THAT SHOULD BE POSTED AT EVERY BOOTH!!!!
This area is for discussion about DJing in general. Please remember the community rules when posting and try to be polite and inclusive.

A SIGN THAT SHOULD BE POSTED AT EVERY BOOTH!!!!


1. "Play something good... something we can dance to!" The D.J. has to play for more than one person, so what you may hate may be another's favorite song and everything played here can be danced to one way or another.


2. "Would you play something with a beat?" Don't be an idiot. We know of no songs played in a club that don't have some sort of a beat.


3. "I don't know who sings it and I don't know the name of the song, but it goes like this... la dee-dah-dee!" Please, don't sing for the D.J. They have to put up with smoke-filled rooms and dangerous decebal levels all night. Do them a favor and don't give them a rendition of your favorite song.


4. "Everybody wants to hear it!" Oh sure, you polled everyone in the club and, as their spokesperson, you are requesting the song. Also, do not make a request, then send all your friends to make the same request when the D.J. doesn't play it. We're on to you bastards.


5. "I can get laid if you play it!" If you are good enough, you can get laid to anything!! (also been known as "buy the album and get laid for a month!")


6. "I want to hear it next!" The only people who can get away with that statement write the D.J.'s paycheck. Also a $100 tip could help matters.


7. "I don't know what I wanna hear... what do you have?" It's a lot easier for you to go have another beer and figure out what you want to hear than it is for the D.J. to recite the name of every record in the booth.


8. "Hey man, nobody can dance to this!" It is not advisable to say this when the dance floor is packed (but, some people do anyway). However, even if there is only one person on the floor, it still contradicts the statement.


1 If you ask for a song and the D.J. says he just played it, don't say, "Well, I just got here." It makes absolutely no difference.


2 Don't say, "Is this the only kind of music you play?" If you go to a Chinese restuarant, you wouldn't ask for Italian food. Rock clubs play rock, alternative clubs play alternative, discos play disco, etc., etc., etc...


4 However, if you are specific and the D.J. says he doesn't have the song, don't say, "What?!! What do you mean you don't have it? What kind of D.J. are you? Why don't you get into the wonderful world of fast food! You obviously don't know what you're doing as a D.J.!"... Expect a bitch slap.


5 Give the D.J. a break. The next time you request a song, stop and think before you speak. And above all, if the D.J. has one hand on the mixer, one hand on a turntable/CD player - wearing headphones, don't bug him. HE'S MIXING 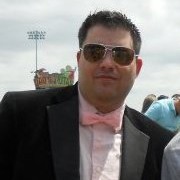 dj cubicle 7:59 PM - 15 August, 2007
reposted for about the hundredth time. readily available for posting @ both of my spots though.

GreeksEntSvc 8:13 PM - 15 August, 2007
No but when Someone Breaks out one of those, everyone wants to hear it, I just hand it to them and tell them to read #4 and just go right back to the Mix!!

cappinkirk 7:05 PM - 17 August, 2007
you are making the assumption that drunk people are logical and this is false. save yourself the time and frustration - if anyone makes these or other less-than-intelligent requests you should take it as your responsibility to not get into a stupid argument with a drunk person.

also although these answers may make logical sense to you i would assure you that they would not satisfy your average drunk person during a party.

cappinkirk 7:05 PM - 17 August, 2007
in fact some drunk people would probably read this and give you even more sh1t than if you hadn't posted it at all.